The Return of History – Part I

The wheel of time moves, round and round, inexorably, never-ending, never even slowing down. (Unless you approach the speed of light, of course.) History never ends.

For a long time, the study of history was about the rise and fall of empires. Then, it became the story the trials and tribulations of the common man throughout the ages. Politics, economics, culture, ideology, and all that comes together to make the lived experience of man, the social animal – all comes together in the study of history. Now, it is perhaps time for the next type of history. The history of our species, which looks not just into the past, but also into the future.

Consider this. If we were to make a simplified, comparative time scale  of the life Earth – since it was first formed as a distinct planet out of the cosmic dust of the early solar system about 4.5 billion years ago – reduced into a single year of the calendar it would look like this. Birth on the first day of January. Life on earth would have emerged in about mid-February, the dinosaurs would have gone extinct in mid-December and human beings would not appear till the last minute of the last day of the year. That’s how small our existence on this planet is – yet, despite the brevity of our presence on this planet we seem to think it’s all about us. In terms of the history of the earth as a whole we are insignificant.

But, as a species, in another way, we are also older than we think. Consider this too. When Augustine conquered Egypt for Rome, the pyramids were already as ancient for the Roman Emperor and the Roman Empire is for us. The Egyptians themselves were the grandest but they were hardly the oldest civilisation. In Mycenae, in Anatolia, grand cultures had proposered and perished before the first Egyptian kingdoms were formed. For more than fifty thousand years our ancestors have roamed the continents of the Earth, sailed across its seas, dug up its soils and channeled its waters. For a hundred thousand they’ve developed capacities to do this.

We might inhabit a speck of dust, at the edge of one of billions of galaxies, somewhere in the universe, yet, for vast, fathomless spaces around us – we are the only ones who can look out and comprehend this. On this earth too, the duration of our existence might be as short as it is, but the marks our species has left on this planet will endure for ages after we are no more. So, regardless of the time and space of our existence, human history is a story worth knowing and telling again and again.

But whom are we telling this story to? The most remarkable facet of the human being is our power of abstraction. The power of the mind can transform the man in a chair into a god or a beast in one fleeting instance of imagination. It is through the power of imagination that human beings have recreated themselves throughout our anthropological history, occupying higher and higher positions in the evolutionary pyramid – transforming our biological disadvantages into social advantages. From scavengers and prey only ten to fifteen thousand years ago, we are now the sole arbiter of the survival of not just every species on the planet but life, as a whole, and even the continued existence of this planet itself.

So, let us imagine.

One day, long time away still, we will not exist on this planet, even if we do somewhere else in the universe. Intelligence, the ability to understand, evolved in us, it will again, if not on Earth then perhaps somewhere else, close by. Those intelligent beings of the future, will visit the Earth. They will pass judgement on us. What will they conclude? Here was a species, which through the struggles of its evolutionary history, the trials and tribulations of survival, rose to be rulers of their planet, but they were, in the end, a tragic race. They rose, grew and prospered, but, in the end, they could not save themselves, or the realm they were given, by destiny, to govern. Or, if we could be so bold as to imagine, will those ancestors be us? 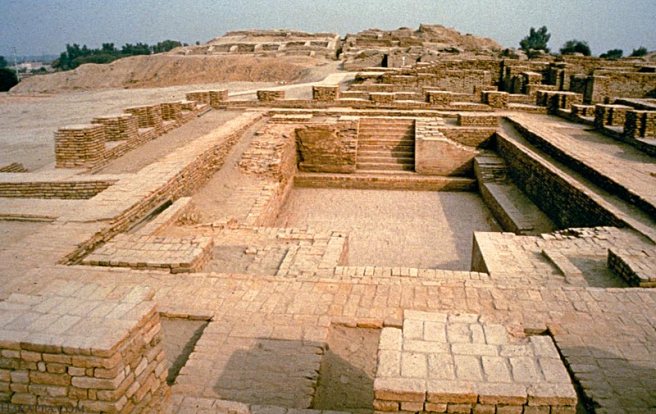 Yet, even if this species is but a blip on the canvas of life on this planet we have something to give to posterity.

When faced with the question of our total destruction, perhaps it is time to conclude, that human history is one, unified story. Races, nations, ethnicities, and, of course, mythologies, are all products of human imagination. Ultimately, we are all monkeys. Just a little more elaborate, just a little more intense. We are the inheritors of a legacy that began when our planet was all fire and water, when in February, our first ancestors were born in the depths of a boiling water-world. And here we are. Now capable of sinking submarines into those ancient volcanic depths to search for the answers of our origins. What are we, then, in the scheme of things? Perhaps we are an elaboration of a system that is as ancient as the universe. The universe was born of the simplest substances. Born in a single instance, as all our ancient epics say, in one metaphoric sense or the the other. Or perhaps we are a cosmological accident. Is there an answer? Can we be its source?

We have tried. We tell stories. And the latest is the story of our existence, in science. And this science tells us, we are all the same. Whatever stories we have told about our difference, are that, and only that, stories, We have one origin, and, ultimately, we are told, we will have one end. For long human history has been a fragmented story of many peoples and their places. Mythologies, stories, languages and folk histories might have some common origin somewhere long, long ago, but for too long they have served to create difference, to make distinctions that have only divided us into distinct groups, too proud of ourselves and too intolerant of others.

The vast leap of power and position in the human evolutionary story is, above all, a responsibility which is dawning on us, perhaps only now. It is futile to blame our ancestors for their choices. They had to survive by continuously striving to answer the fundamental problems of their existence, from age to age. The problem of scarcity forced human beings to find newer and newer technologies of production. But each technological leap to solve one problem brought in its wake, others. When they were solved, new ones emerged. So, on the one hand we have prospered and grown from bands of perhaps no more than a hundred thousand hunter-gatherers, to a pan-global species of seven billion. On the other side, we have been creating localized problems, which now accumulated over thousands of years, threatens to become a global, total catastrophe.

And it is not one, but a multitude of catastrophes that threaten total annihilation. In the age of the anthropocene, it is not just climate change, but many other potential armageddons exist simultaneously. We still sit upon piles an piles of nuclear bombs, we are still creating more and more anti-biotics and, in their wake, disease resistant microbes. Who knows what else we will create in the future, artificial intelligence hell bent on taking over the world? Maybe? But these are just tools, by products of our existence on this planet. In the end, it is not what we have created but what we have failed to create that will be the ultimate reckoner of our fate. And, what, if I may be so bold is that? Who knows, though, until we don’t have it, who can tell? An ultimate philosophy, a world order, a breakthrough technology? We are perhaps working on it, or maybe we have already failed. Again, who knows, who can tell.

The only path to self discovery for the human race lies in a deeper understanding of our history. That is a task to which we must all devote ourselves. We have posterity to answer to, after all.

(To be concluded, of course…)